At the Yarawindah Brook Project, Caspin is advancing exploration on multiple fronts using soil geochemistry and Airborne EM in search of new PGE-Ni-Cu sulphide deposits. Caspin will then explore the most prospective targets with drilling programs.

At the Mount Squires Project, Caspin has identified a 50km structural corridor with significant gold mineralisation. The Company will conduct further soil sampling and reconnaissance drilling to identify new targets along strike from the Handpump Prospect. Caspin will concurrently continue to evaluate the potential for Ni-Cu mineralisation along strike from the One Tree Hill Prospect and Nebo-Babel Deposits. 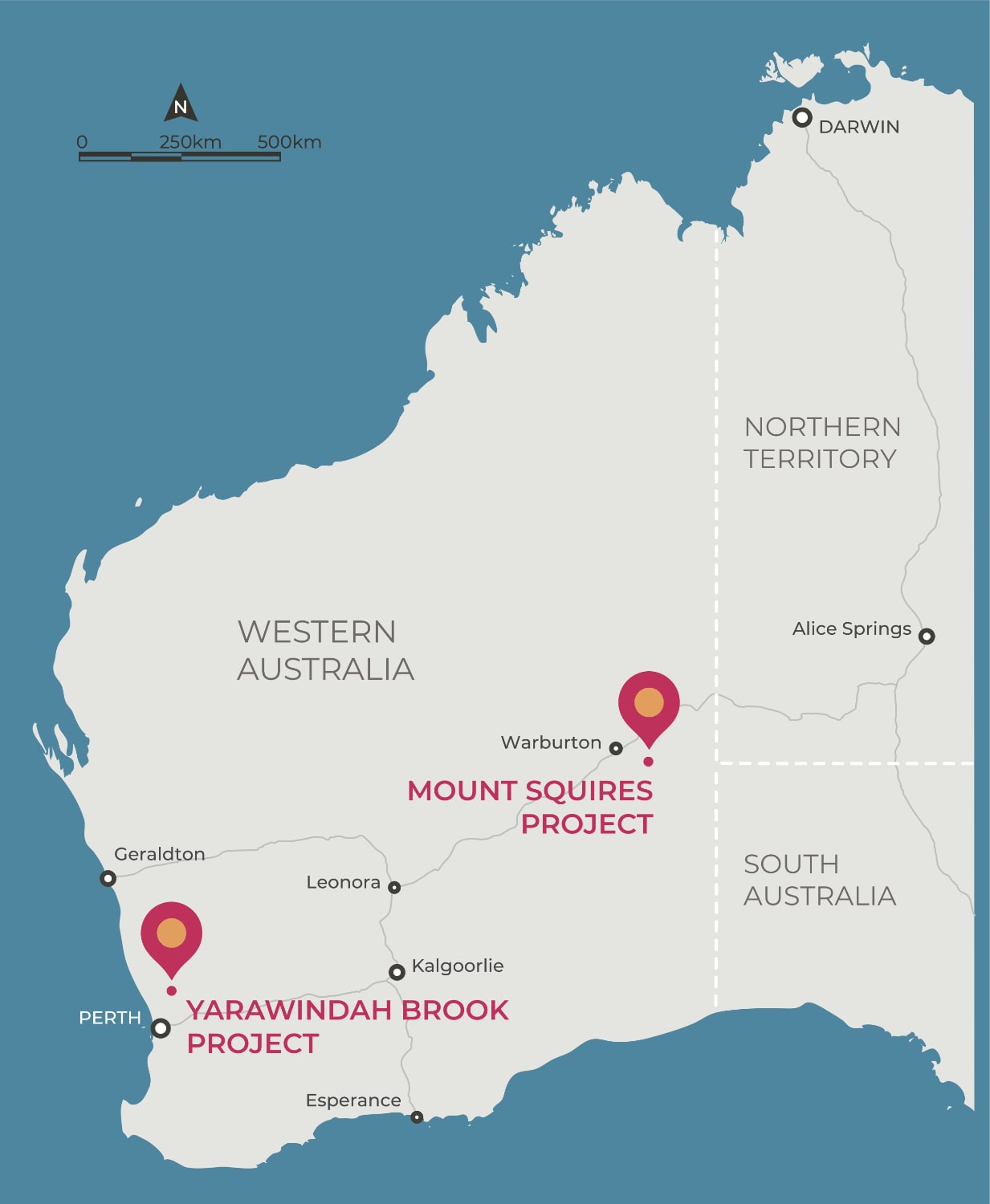